PhD candidate students and advanced MA students, whose research focuses on the study of Muslims, Muslim societies and Islam, in the broadest sense of the word, are invited to apply for participation. The application deadline is Friday, the 25th of January 2019. Applications can be sent to Prof. Christian Lange (Director NISIS): nisisspringschool2019@gmail.com. For further information, please find the call for applications and the course description.

The ENIS Spring School intends to address the theme of patronage and clientelism in the Muslim world in its various dimensions. Patronage is a relevant angle from which Islamic practices can be studied.  Therefore, we invite doctoral students and Early Stage Researchers working on or being interested in aspects of patronage and clientelism in the Muslim world from different disciplines in humanities and social sciences (history, anthropology, sociology, economics, cultural studies, political sciences, religious studies) to explore and present the relevance of these concepts for their work.

Theme: ‘Patronage and Clientelism in the Muslim world’

The umma is the imagined community par excellence in Islam, based on the principle that all Muslims are equal before God. However, this community is not homogeneous. Within the umma, there always were many hierarchies between the elites and the people, people of pens and swords, leaders and subjects, craftsmen and peasants, men and women, free persons and slaves. And in the contemporary world the umma is cut across by political, national, economic, social and ethnic loyalties. Despite the calls for the unity of the umma, there are numerous practices that reproduce internal hierarchies and loyalties.  Sometimes these practices can be justified theologically by Koranic instructions to help the poor, the elderly and orphans, or by the proclaimed equality of the faithful. They also refer to a socio-economic or symbolic order that they reinforce. Patronage often enters into an economy of salvation and allows the patron to buy his place in Paradise and legitimise his earthy wealth. Patronage and reciprocity are adjacent concepts. Patron-client relationships are based on various modalities of exchange and reciprocity which imbue these relationships with moral undertones.

One of the modalities of the distinction is patronage, which can take various forms depending on the period and region. For the beginnings of Islam, the walā’ system allowed the integration of non-Arabs as new converts or freed slaves to participate in the Arab-Muslim conquest and benefit from it, or even to exercise power. In pre-modern Islamic society, where the urban network was developed very early on, the social hierarchy was also manifested by evergetism —founding madrasas, building fountains, hospices, dispensaries or hospitals. It also includes the various expressions of Islamic charity —donations to the community of precious objects, books, land or businesses in the form of mortmain goods (waqf or ḥabūṣ), which have played a major role in the social and economic organisation of the Islamic Commonwealth up to the present time. The art market may be the most known example. Since ancient times, men of power and wealth considered it their duty to sponsor arts for various reasons, one motivation being the prestige they earned by showcasing art in their homes. Modern art is often based on the system of individual and institutional patronage as well which influences considerably the vision and structural foundation of artistic and cultural production today. 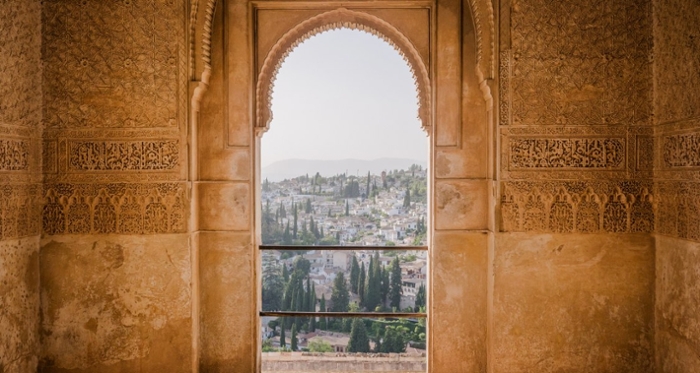 More recently, it is sponsorship or support for charitable NGOs that has taken over traditional forms of charity and has recently taken up ground abandoned by public services of state institutions.. It is sometimes difficult, however, to distinguish the boundaries and points of interference between evergetism, patronage and clientelism, which is one of its expressions. Patronage and clientelism have taken on new forms in present-day political and socio-economic practices behind the semblance of modernity and meritocracy. The discussions about money flows from rich Muslim countries to Muslims in Western Europe are often based on the assumption that it creates undesirable dependencies and leads to corruption and influence, thereby ignoring that political reciprocity and favouritism is not at all absent in ‘modern’ societies. Charismatic personalities, with their own network of personal ties, dominate political parties and state apparatuses. Likewise, logics of patronage always undergird the redistribution of services, power, and resources, not only in contemporary rentier states, but in all social formations across the globe.

Convenors
The organisation of the Granada ENIS Spring School is a joint effort by:

At the scholarly initiative of: 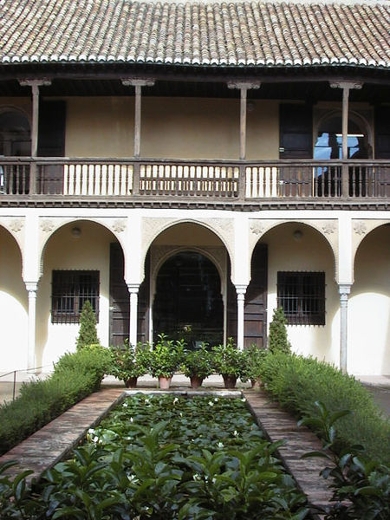