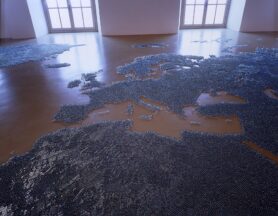 The 2023 Spring School ‘Shifting Boundaries in Muslim Worlds’ is organized at the University of Catania (Sicily, Italy), by the European Network for Islamic Studies (ENIS), which includes among others the Netherlands Interuniversity School for Islamic Studies (NISIS), the Institut d’études de l’Islam et des sociétés du monde musulman (IISMM, France), the Center for Near and Middle Eastern Studies (CNMS, at the University of Marburg, Germany) and El Consejo Superior de Investigaciones Científicas (CSIC: the Spanish National Research Council, Spain).

To apply for this Spring School, please submit your details and documents here.

Please note that we have travel- and accommodation funding available for NISIS members, the amount of which will be based upon your country of residence, mode of transport and your actual travel costs. We encourage all students to choose an environmentally friendly option, and to take the train instead of an airplane. We are aware of the fact that this is quite a long journey, however, if you check out this website in advance, you will have reasonable travel costs and you can see a bit of Europe along the way.

It is the perception of “the ethnic boundary that defines the group, not the cultural stuff that it encloses”. This is the famous dictum formulated by Fredrik Barth back in 1969 in the introduction of the much-acclaimed volume Ethnic Groups and Boundaries. The contributors to this book all refuted cultural, ethnic, or religious essentialism, the assumption that ethnic (or religious) groups are neatly bounded communities defined by objectified shared cultural or religious characteristics. This was a genuinely innovative approach in those years. Barth and his associates developed an actor-oriented processual approach in social and political science and history, better known as ‘transactionalism’, and argued that historical process, social, political, and economic context, and even volatile circumstances, determine to a large extent how and why people consider themselves a group or are considered a group by others. ‘Boundary’ does not refer to taken-for-granted cultural or religious differences between ‘us’ and ‘them’, but to the perception of difference. Boundaries are not inherently given dividing lines based on prefabricated cultural or religious features. This works in two ways; (1) boundaries are altered and reconstituted under ever-changing circumstances, and (2) the perception of boundaries is a situational dynamic that is constituted through interaction between actors.

While Barth primarily focused on ethnic boundaries and political actors based on his fieldwork in New Guinea, Pakistan, and Iraq, his approach has also been applied in the study of Muslim groups. Ethnic or religious consciousness and community building are thus the outcome of the complex interplay between ascription and attribution on the one hand and self-making on the other. Actors, individual or collective, may be associations, movements, parties, and states. They articulate how boundaries are perceived and what particular features are crucial and decisive, resulting in forms of (social, cultural, religious, or economic) inclusion and exclusion.

The ENIS Spring School embarks on this actor-oriented approach to explore and discuss its multiple applications in the study of Islam. The title of the Spring School ‘Shifting Boundaries in Muslim Worlds’ refers to these processes in all places and contexts where Muslims live or where their presence is at stake. In the contemporary world in flux, there are on the one hand, forces that are actually strengthening boundaries and essentializing differences in response to increasing globalization, but, on the other hand, new modes of community building are taking place, thereby transgressing ‘old’ boundaries, and reconstituting new ones. The growth of digital media has without a doubt accelerated this process. This means that scientists have to relate to new shifting realities in the post-truth era and engage with these realities.

The study of Islam is unthinkable without taking into consideration the dynamics of boundaries. Be it the study of (historical or contemporary) state-formation, minority policies, discrimination or repression, the continuous dynamics and the crossing and redefinition of existing boundaries as a result of developments and changes, such as sectarian divides and merges, inter and intra-religious interaction and community building, the contestation of gender rights and the demarcation of the divide between men and women,  religious norms on what is and is not allowed, or acts of religious self-making and identification; they all bear relevance to the perception of boundaries and to processes of construing and shifting boundaries. We welcome work that address these and adjacent topics and themes, and we welcome work that critically engages with essentialist understandings of boundaries in a more conceptual sense.