Posted on 04/11/2021 by Béracha Meijer
in: Categories: News and Uncategorized.

The NISIS Autumn School 2021 “Islamic(ate) Classics From Manuscript to the Digital Age” will take place next week from 8-12 November!

The literary horizons of reading publics are determined both by the value they assign to particular types of texts and by the availability of such texts. Availability, in turn, has been shaped by the evolving medial forms of Arabic written culture—manuscripts, printed books, digital books, and searchable databases—that entail different ways of accessing and engaging with texts. In my presentation, I sketch the shifts in the availability of Arabic books caused by technological change in the period between 1800 and the present, paying particular attention to the production of individual copies, the storage of books, and the cataloging of book collections in both analog and digital form. My goal is to highlight not just the efforts that earlier generations had to expend to produce the texts we can now download almost instantaneously onto our screens, but also some of the remaining blind spots, where texts remain hidden from the digital gaze. 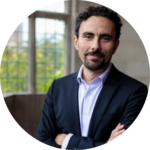 Ahmed El Shamsy is an associate professor of Islamic thought at the University of Chicago. He studies the intellectual history of Islam, focusing on the evolution of the classical Islamic disciplines and scholarly culture within their broader historical context. His research addresses themes such as orality and literacy, the history of the book, and the theory and practice of Islamic law. His most recent book, Rediscovering the Islamic Classics, traces the transition of classical Islamic literature from manuscript to print. His other publications include the monograph The Canonization of Islamic Law and numerous articles on diverse aspects of the Islamic tradition.

Today we look at manuscripts from a “post-print” perspective, after four centuries in which a book was a machine-made entity, governed by commercial considerations and impervious to the human touch. It is true, many pre-modern Arabic texts remained astonishingly stable, owed to aural-written techniques of transmission which met high scholarly standards. However, the focus on those works that conform to the scholarly editing techniques that have been practiced since the nineteenth century has caused other types of texts to receive less attention. The present talk is informed by the ongoing investigating of a work that is best characterized as a massive and varying textual tradition, Kalīla wa-Dimna, presented here as example for textual fluidity.

Another facet is that Arabic manuscripts are not only massive in number if compared with other philologies, they also, through their occasionally long “lives,” assemble traces of their use. If one aims for comprehensiveness in recording these aspects and deals with multiple versions of a tradition, one ends up with a myriad of details per witness. This mass of data needs to be kept structured and searchable, which can only be achieved with digital infrastructures. There are further problems with specific parameters: the major script type (naskh) cannot be further subdivided due lack of an agreed-upon terminology, and the layout, i.e., the way copyists structured texts, has not been sufficiently taken into account. Despite these challenges, fluid textual traditions allow to rethink the seemingly familiar categories of copyist, linguistic register, text, and throw light on the communities of readers in which they were transmitted.

Beatrice Gruendler (PhD Harvard University 1995) is Professor of Arabic at the Freie Universität Berlin. Her research includes Arabic script, classical Arabic poetry and its social context, Arabic book history, and the role of Arabic in global literature. She is the author of The Development of the Arabic Scripts: From the Nabatean Era to the First Islamic Century (1993, Arabic trans. 2004), Medieval Arabic Praise Poetry: Ibn al-Rūmī and the Patron’s Redemption (2003), The Life and Times of Abū Tammām (Akhbār Abī Tammām) by Abū Bakr Muhammad ibn Yaḥyā al-Ṣūlī (2015), and The Rise of the Arabic Book (2020). For her research, she was awarded the Leibnizpreis of the German Research Foundation and an Advanced Grant of the European Research Council, both in 2017, and the Berliner Wissenschaftspreis in 2019.

The books we think about as classics of the Arabic written tradition have not always been considered  as such; they became classics through a complicated interplay of processes from the lifetime of their authors to the present. Some books that were once very well-known and widespread are now lost; books that are today considered classics were virtually unknown in the Arabic-speaking world until the print age, catapulted from oblivion to fame by the interests of 19th– and 20th-century editors and their academic, religious and political environments. The digital age is adding a new layer to this story, as printed books and manuscripts from the Arabic written tradition are being digitized and brought into digital circulation in large quantities by various players, each with their own motivations. Like the introduction of print, this is likely to change our conception of what the classics are.

However, the creation of large digital corpora of Arabic texts also provides new ways to study the history of the Arabic written tradition using computational methods. One of the methods applied by the KITAB project, text reuse detection, involves a computer algorithm called passim that compares all texts in a corpus and identifies passages shared by pairs of texts; these shared passages (instances of “text reuse”) indicate either a direct relationship between the two texts, or a common source.

Since one of the defining aspects of a classic is how often it is cited, this talk will focus on how text reuse analysis could be used as a proxy for estimating the importance attached to a book in a specific time frame and/or region – when and where it became a classic. 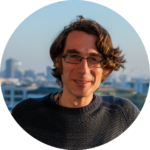 Peter Verkinderen studied those other “Classics” (Arabic and Greek) and Languages and Cultures of the Near East at Ghent University. His PhD combined text mining of the Arabic written tradition with archaeological, geological and remote sensing data to study the changes in the fluvial landscape of southern Iraq and Khuzestan in the first centuries of Islam. His main expertise lies in early Islamic geographical and historiographical texts. He has a special interest in the development of digital tools to study Arabic texts. He is currently a researcher in the KITAB project, focussing on the history of the Arabic written tradition of the central lands of Islam, and one of the maintainers of the OpenITI corpus.

Friday 12 November | 13:15 – 14:30
Prof. dr. Brinkley Messick: “At the Cusps of Changes: A Historical Anthropology of the Technological Transformation of an Islamic Discursive Tradition.”

The textual tradition in question for this lecture is that of the sharīʿa, and the instance is highland Yemen in the 20th century. This part of Yemen was not colonized by a western power but it was a province of the Ottoman Empire during its final decades— and thus the initial avenue of technological changes. The discursive tradition was impacted according to the differences between its two categories of writings, which I refer to as the “library” and the “archive,” the former genres of jurisprudential doctrine, the later genres of application, such as court transcripts, contracts and wills. I will examine transformations in scholarly “sources” of these distinct but closely interdependent varieties.

For the “library” texts and their manuscript culture, I focus on the local advent of print, especially on the reflections generated at this ‘cusp’ of the new technology’s introduction in highland Yemen. This is based on my readings in the first published works, notably in their explanatory footnotes to their readers about the necessary editing of the manuscripts to be published, and about print itself. For the later developments of this technology, I refer to ethnographic interviews with new print authors on their thoughts about print era patterns of authorship and readership. Similarly, I will discuss the discursive challenges faced by the first “media muftis” whose fatwas were read out to radio audiences.

For the “archive” writings, which remained handwritten (until typewriters and especially computers were introduced), changes first ensued from the introduction of printed blank “forms” with straight lines to be filled, which dramatically altered the old spatial organization that I have termed “spiral texts.” For court transcripts, the originals of which used to flow in an uninterrupted, unpunctuated fashion on vertical rolls, the new court forms divided the document into a series of entries. The new photocopying studios, however, were able to replicate the old materiality of the roll.

The backdrop to be noted for all such technological innovations, at the levels of both books and documents, includes fundamental changes in schooling, in the form of the polity (imāma to nation), and in the codification and legislation of “law.” 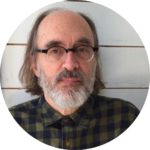 Brinkley M. Messick, Ph.D. Anthropology (Princeton, 1978), currently is a Professor of Anthropology and of Middle Eastern, South Asian and African Studies (MESAAS) at Columbia University, in New York City. He was a founding Co-Director of the Center for Palestine Studies (2010-15), and at present is the Director of the Middle East Institute. He was the Chair of the Department of Anthropology (2004-11), and in 2009, he received the Outstanding Senior Scholar Award from the Middle East Section of the American Anthropological Association. His first book, The Calligraphic State (California, 1993), was awarded the Albert Hourani Prize of the Middle Eastern Studies Association. He also is a co-editor of Islamic Legal Interpretation: Muftis and Their Fatwas (Harvard, 1996). Columbia University Press published his recent book, Sharīʿa Scripts: A Historical Anthropology, in 2018. His current book project concerns procedure, evidence and interpretation in sharīʿa litigation under the last imams of highland Yemen, a study based on both juridical doctrine and court case transcripts. He has conducted research for extended periods in both Morocco and Yemen.